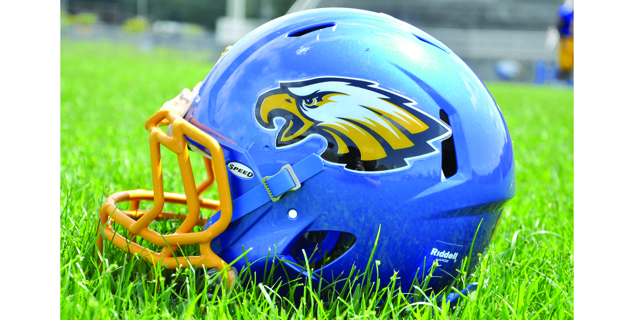 If the W.S. Neal Eagles want a chance to make the class 3A state playoffs for the first time since 2007, they will have to take care of business this week against their rival T.R. Miller in the annual Battle of Murder Creek.
W.S. Neal comes into the rivalry game and their final region game of the season with a 6-2 record overall and a 4-2 record in region play after falling at home Friday night to Opp 14-0 on homecoming.
After falling last week to Opp, the Eagles of East Brewton now need to defeat T.R. Miller to make the playoffs or hope for a Bayside Academy loss to Selma.
“The Opp kids played a very good game,” Hoehn said. “We did not play our best game. As a result, they won the game.”
T.R. Miller comes into Friday’s rivalry game with an 8-0 record overall and is ranked No. 2 in the state. The Tigers are 6-0 in region play after taking down Straughn last week 19-17 on the road to clinch the region championship.
The Tigers have won four straight over W.S. Neal including a 26-14 win last year in East Brewton.
“I think T.R. Miller is a very good football team,” Hoehn said. “I think they are much-improved over last year’s team. They have a fullback that runs hard and a tailback that will be the best tailback we have maybe faced all year long. They also have a quarterback that is the best we have faced all year long. It is going to be a very tough challenge for us.”
While the game with the Tigers has been a game everyone has been talking about since one of the best W.S. Neal seasons in several years, Hoehn said they never talk about another team as a coaching staff until the week they play them.
“That is something I have always done as a coach,” he said. “Our kids did not hear about Miller until we started practicing on Monday. You would think we would want to come out and play better football than we did Friday after getting on our homecoming.
“We are just going to have to find out.”
Game time is set for 7 p.m. in Brewton.