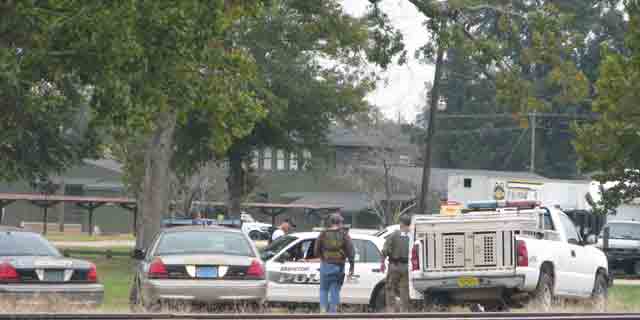 More than five hours after the escape of Cedric Floyd was discovered, officers with the Escambia County Sheriff’s Department continue their search.

Floyd was able to escape from the Escambia County Detention Center Saturday morning around 10:15 a.m., officials said. His direction of travel was not known at the time.

The streets — and skies — around Brewton were filled with officers Saturday afternoon as the search continued spanning a wide area from near T.R. Miller Mill Company’s main facility.

During the afternoon search, several K9 officers were called in to assist in the hunt for Floyd. An aircraft was also seen circling an area that spread down South Boulevard focusing on wooded areas including in the search perimeters.

Floyd was incarcerated in Brewton on murder charges following the death of 43-year-old Roshell Jones in January of 2011. Jones, described as Floyd’s girlfriend, was found dead from apparent gunshot wounds at her home on 5th Avenue in Atmore.