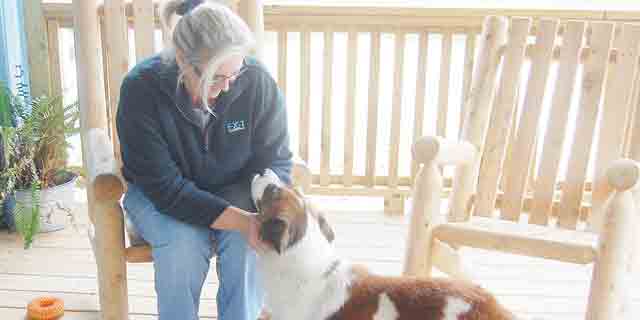 In a swift move by the Brewton City Council last week, animal control responsibilities have shifted from city workers to the Humane Society of Escambia County — a move that will cut animal control costs by more than half for the City of Brewton.
Renee Jones, director of HSEC, said taking on the animal control and sheltering responsibility for Brewton will take some time to transition.
“When the city approached us about helping with animal control, I was certainly open to the discussion,” Jones said. “I had thought all along that a unified animal control program was best for the community and its residents — the two-legged and the four-legged ones.”
According to city records, expenses for the Brewton Animal Control and Adoption Center ran to just under $147,000 from January through September — just nine months of operation.
���From the beginning of the program through Sept. 30, the total expenses were $146,904.20,” City Clerk John Angel said. “The monthly costs would run roughly $10,000 per month.”
Angel said the expenses included employee, facility and animal care costs and were inclusive of all expenses for the facility operations.
“We have agreed upon a $65,000 annual payment from the city to take care of animal control,” Jones said. “After two years, if we all agree that things are going well, the contract would renew for an additional two years at $75,000 a year. I think that’s reasonable since we all know that the price of everything continues to rise.”
As a result of the added responsibilities for HSEC staff, Jones said a new officer has already been hired to help out.
“We’ve added a new officer to our staff to help with the additional calls we’ll be taking from Brewton and the additional patrolling,” Jones said. “That puts us at two officers and other staff members to take care of the animals from Brewton, Flomaton and in the county.”
HSEC was given use of the building they formerly occupied and was most recently occupied by the Brewton Animal Control offices.
“We will only be using that facility for a short time,” Jones said. “I can’t see that we will be able to maintain two facilities. Eventually we will have everything housed here in our HSEC facility.”
Jones said the transition for the animals will take some time — time she’s happy to have with the May 2013 deadline with use of the Brewton facility.
“Anyone who knows me knows that I never have any empty kennels,” Jones said. “Right now our HSEC kennels are full and it will take a little time to make room for the animals from Brewton and merge them into our animal population here. We will use the Brewton building for overflow in the months ahead if we have more animals than we have kennel space.”
Jones said she has learned a lot through the years she has spent caring for animals as director of the HSEC organization.
“I have learned a lot in the eight years I have been doing this,” Jones said. “I have a strong conviction to serve the community as much as serving the animals.”
The Humane Society of Escambia County is located on U.S. 31 South between Brewton and Flomaton and can be reached by calling 286-BARK.