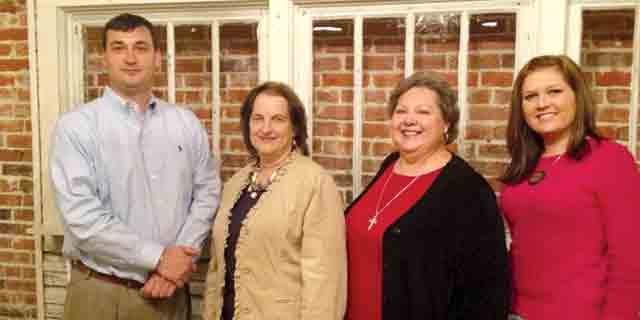 In the wake of a controversial negative advertisement timed just before the Nov. 6 election, the Escambia County Republican party is moving forward with new leadership, choosing new officers for the next two years.
Heath Jackson — a former candidate for sheriff — replaced Jeff Peacock as chairman.
Jackson said Tuesday he is looking forward to to the new responsibilities.
“It feels good,” Jackson said. “We want to go ahead and get started and get ready for 2014 and try and field some good candidates and see what we end up with.”
The county’s Republican Party turned some heads towards the end of the 2012 election with negative ads that left a bad taste in the mouths of candidates on both sides of the aisle. In the end, the party saw two new school board members elected but failed in its goal to elect a Republican to county-wide office. Emilie Mims — who was appointed to the position — lost by 140 votes in a close race to Democrat Doug Agerton.
Brandon Smith, recently re-elected county commissioner for District 4, who was outspoken about the poor taste of the ads, said he is pleased about the new leadership, but knows teamwork will be needed in order for the party to function well.
“It’s a lot of responsibility,” Smith said. “I believe it’s going to be a good thing. The main thing is we’ve got to work together. We’re not always going to agree on everything that comes across the table, but as long as we’re all on the same page, we will get good things done.”
Jackson said he is ready to get started on preparation for the 2014 elections that will include, in Escambia County, races for sheriff, tax collector, tax assessor, county commissioner for Districts 1, 3 and 5, as well as school board members for Districts 1 and 5. The election will also include the race for the Alabama Senate seat in District 22.
Heath said the biggest challenge for the new administration will be to come up with a solid strategy for the 2014 campaigns.
“The main thing is you want to start looking at 2014 early on and not wait until the last minute to put a strategy together,” Jackson said. “We’re going to field some good candidates for the Republican party.”
Other party leaders elected at Monday’s meeting include: Jacquelyn Gay, vice chairwoman; Lana Langford, treasurer; and Eva Currie, secretary.