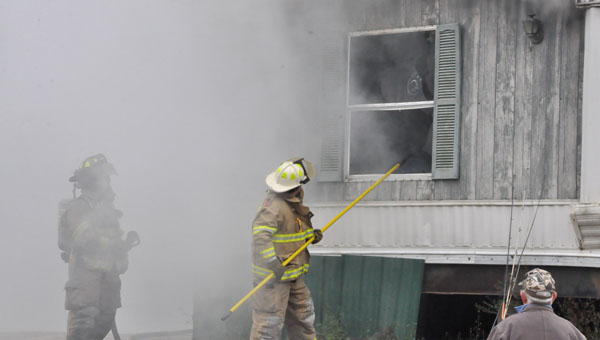 As many as four fire departments responded to a single-dwelling fire this morning in the Wallace Community with several fire fighters remaining on the scene for as along as four hours.

Unconfirmed reports are that the fire resulted in one fatality, although officials have not released the name of any victim in the fire. No other injuries were reported as a result of the blaze.

The mobile home involved in the blaze was located at 18285 Highway 41 north between the 18 and 19 mile markers.