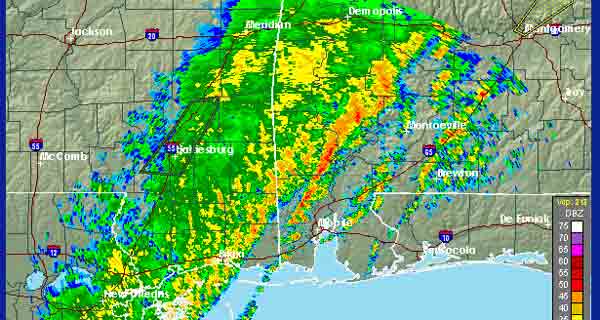 Escambia County remains under a tornado watch until 1 p.m. today according to officials with the National Weather service. A strong wind advisory is also in place for the region until 9 p.m. this evening.

An advisory released by the National Weather Service follows:

A strong to severe thunderstorm period is likely across the region today as a cold front moves in from the west. The severe threat will increase across southwest Albama through the morning hours and will increase and shift to the east of I-65 by midday into the early afternoon hours.

The severe threat is expected to come to an end by late this afternoon. The threat exists for both damaging straight-line winds and isolated tornadoes.

The magnitude of the straight-line wind gusts will have the potential to produce the same damage as a weak tornado.

Treat any severe thunderstorm warning as sriously as a tornado warning. Strong winds will also occur today outside of thunderstorm activity.

Winds will frequently gust to 30 to 40 mph ahead of the front with wind gusts near 30 mph continuing late this afternoon through the evening hours in the wake of the front. A wind advisory is in effect until 9 p.m.