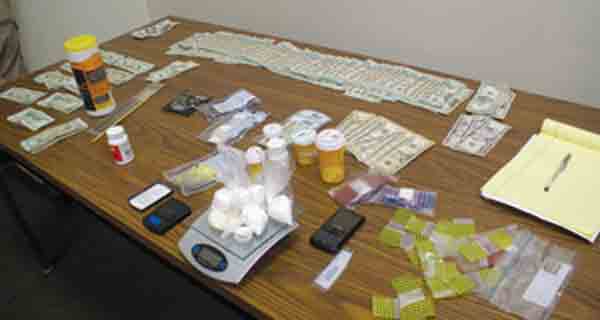 An East Brewton man is wanted by police in connection with what officials are calling the largest drug bust in the city.
Darren Green, 44, of Ridge Road, is wanted on trafficking and other charges by the East Brewton Police Department. Green was last seen fleeing his Ridge Road home Friday evening as police executed a search warrant at his home, police said. 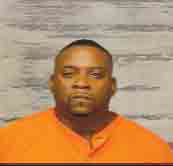 Chief Kenny Brazile said the search at the residence was the culmination of a months-long investigation by the department.
“We had received information about illegal drug activity and began an investigation that has taken us two months to complete,” Brazile said. “We had enough evidence to ask for a search warrant for Green’s residence.”
With assistance from the Escambia County Sheriff’s Department, East Brewton police officers went to Green’s home to begin their search.
“When our officers arrived, Green took off on foot and ran from the home,” Brazile said. “We began an immediate search for him but we were not able to apprehend him at that time. We are still looking for Green and have issued a number of warrants for his arrest.”
During the course of the search at the home, Brazile said officers confiscated thousands of dollars in drugs, cash and other items.
“The search revealed a large amount of cash, a large amount of cocaine, crack and a variety of controlled substance pills,” Brazile said. “From what we can see in records, this is the biggest drug bust this department has ever made.”
Brazile said the street value for the drugs taken in the bust is estimated at more than $30,000.
Brazile said two vehicles were also seized at the residence as a result of the search executed on the property.
“We are asking that anyone who may have information on where Mr. Green may be to contact us,” Brazile said. “We have information that he sometimes hangs around in the Century and Flomaton area. This man has a history of drug activity and was out on bond from a previous drug arrest when the search warrant was executed. We are continuing our search for him. We just will not tolerate any activity like that and we will actively work to eliminate drug activity in our jurisdiction.”
Anyone with information on Green’s location is asked to contact the East Brewton Police Department at 867-4864.