EBPD: Suspected dealers off the streets 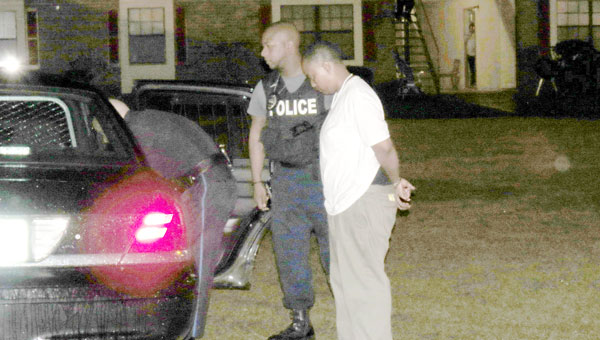 Three East Brewton residents have been arrested on drug charges after undercover investigations into alleged drug activities were conducted.
Jason “Jdog” Bailey was arrested Friday and faces charges of unlawful distribution of a controlled substance.
Cybina Blake and Tamara Barton Richardson were both arrested Monday evening at a Village East apartment on Williamson Street and face a variety of charges, police said.
East Brewton Police Chief Kenny Brazile said the trio of arrests was the result of a weeks-long investigation into reports of illegal drug activity.
“We are continuing to investigate reports of illegal drug activity in this community,” Brazile said. “It is our goal to do what we can to protect the citizens of this city.”
Officer Russell Clausell made a traffic stop on Bailey’s vehicle just off Ridge Road on Friday evening, Brazile said.
During a search of the vehicle at the scene, officers found marijuana and drug paraphernalia. Bailey was placed under arrested and transported to the Escambia County Detention Center for booking.
On Monday, Brazile said an undercover investigation revealed suspected drug activity at the Village East apartment complex in East Brewton.
At the time of the raid on the apartment, Blake and Richardson were inside the residence and were arrested after a search revealed marijuana and other paraphernalia in the home.
Officer Russell Clausell assisted with the bust at the apartment and said the arrests came on the heels of an investigation.
“After a two week narcotics investigation, including drug buys from the residence officers a search warrant for the residence,” Clausell said. “Upon a search of the residence officers found marijuana, scales used to weigh marijuana, and other drug paraphernalia.”
Richardson was charged with unlawful distribution of a controlled substance, possession of drug paraphernalia, and contributing to the delinquency of a minor.
Blake was charged with possession of marijuana, possession of drug paraphernalia and contributing to the delinquency of a minor.
Both were transported to the Escambia county detention center where they were booked on the charges. Information on bond was not available at press time Tuesday.