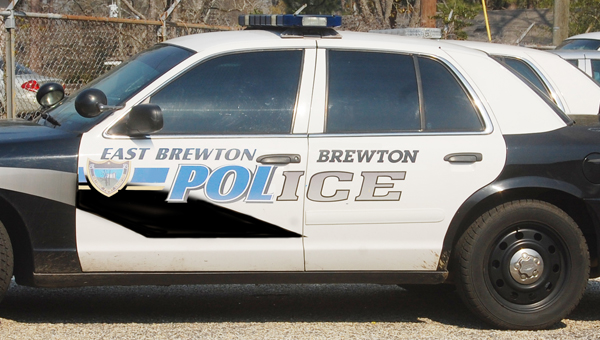 Any comparison of the Brewton and East Brewton police departments comes down to one simple number: Brewton’s police budget is about eight times that of East Brewton’s, although Brewton’s population is only slightly more than twice that of the smaller community’s.

As the two cities continue to consider whether to merge their police departments, those numbers — as well as the manpower those budgets can support — may be weighing heavily into the decision. Members of the city council from both cities have met to discuss the possibility, but no votes have been taken on the issue.

“If a murder happens in East Brewton, that ties up all of your officers to work on that case,” Smith said.

But if Brewton’s department were providing law enforcement, investigators could be assigned to the case while others provided regular patrols, he said.

The sheriff’s department wouldn’t be able to take over law enforcement for any municipality without a local bill being passed through the state Legislature, Smith said. Flomaton has even asked in the past for law enforcement protection, he said, but it isn’t feasible.

Smith, who said both departments have good leadership and good officers, said there are pros and cons to merging the police departments, but he said the main reason to do it comes down to money.

“East Brewton has been getting by on a shoestring for so long,” he said. “People in East Brewton need to decide whether to put more money into that department. You can’t ask the police chief to work all day and then work all night.”

East Brewton’s $260,000 budget funds the salaries of four officers, the police chief, dispatchers and crossing guards, as well as vehicle maintenance and equipment. The City of Brewton picks up the tab for fuel costs.

“It gets pretty tight,” East Brewton Police Chief Kenny Brazile said. “When you count in all those salaries and the cost just to keep vehicles running, you’re looking at a big expense. That leaves very little for us to work with in cases where we need to have officers or other employees working overtime to serve the needs of our citizens.”

In Brewton, the police department’s $2.1 million budget in the current fiscal year funds 32 personnel — 24 officers and eight civilians, as well as equipment and vehicle maintenance.

Brewton and East Brewton had been sharing some dispatching services, but that agreement ended last year. East Brewton now has full and part-time dispatchers on staff.

Last year, Brewton’s 24 officers handled 28,600 calls, according to police department records. That is an average of 550 calls per week, or about 23 calls per officer per week.

If the cities merged their departments, East Brewton would pay a fee to Brewton for law enforcement under a contract worked out by both cities.

“At this point, it’s left up to the mayors and councils,” McGougin said.