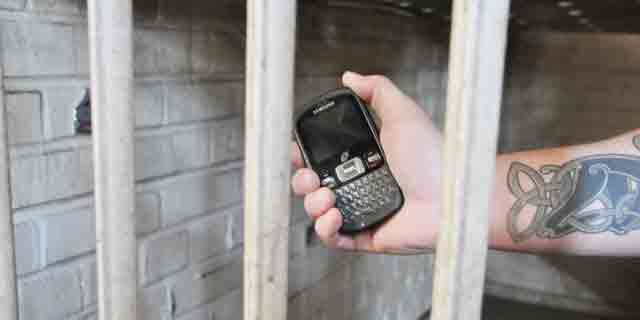 If a bill introduced by state Rep. Alan Baker is passed, cases such as one heard last week in an Escambia County courtroom involving prison contraband might be a more “open and shut” case.
The bill could make a big difference in how cases are tried on charges of possessing or promoting prison contraband – or even attempting it, said Baker, R-Brewton.
Baker said Escambia County District Attorney Steve Billy helped make the bill a reality.
“Steve (Billy) actually brought this matter to my attention and helped to draft the bill,” Baker said. “I would like to think the passing of this bill would help provide the needed tightening of the law so the DA could prosecute the cases more effectively.”
Billy said the drafting of the bill was first considered to help make an attempt to provide contraband devices to inmates a felony charge as well.
“This first came up when we considered the location of Fountain Prison on Alabama 21 in Atmore,” Billy said. “If a person had a sack full of cell phones they could drop them off in the fields beside the prison for inmates to get. If they were caught, they would only be charged with a misdemeanor for the attempt. This new bill would make an attempt to promote prison contraband a bigger offense.”
Although the current law does not specify items of contraband, Billy said he would welcome the opportunity to make revisions in the bill.
“I just wish we could go back and add cell phones specifically to that bill,” Billy said. “People have no idea how dangerous a cell phone in the hands of someone in jail or prison can be.”
Baker said he also hoped the bill will get some traction with his colleagues and will help those who prosecute cases of promoting prison contraband in the courts of Alabama.
“I would hope that this bill can get passed soon,” Baker said. “I believe it would help to reduce any confusion or flexibility in the defenses’ ability to plea bargain down to a lesser charge.”
Currently the sentencing for promoting prison contraband varies depending on the findings of the crime. A first-degree offense is considered a felony with second-degree and third-degree charges considered a misdemeanor.
In a case against Cedric Floyd last week, attorneys fought to have a first-degree charge of promoting prison contraband against their client dropped to a second-degree charge in an effort to keep him out of prison.
Charles Johns Jr., an attorney for the defense, said the decision made by the jury on a third-degree charge made a huge difference in Floyd’s immediate future.
“Mr. Floyd faced a potential sentence of 15 to 99 years or life for if convicted of promoting prison contraband in the first degree,” Johns said. “He was convicted of
promoting prison contraband in the third degree which carries with it a potential sentence of one year.”
Floyd does still face a murder trial, possibly as soon as late summer.
But he will remain in the Escambia County Jail – which he escaped last fall, before being captured in Pensacola a day later.
Floyd’s attorneys had argued during his trial that no one could prove that a cell phone – the contraband with which he was charged after jailers found it lodged between his leg and his underwear during a strip search in 2011 – was going to be used in an escape attempt.
The later escape charge was not brought up during the trial because those charges were separate and pending.