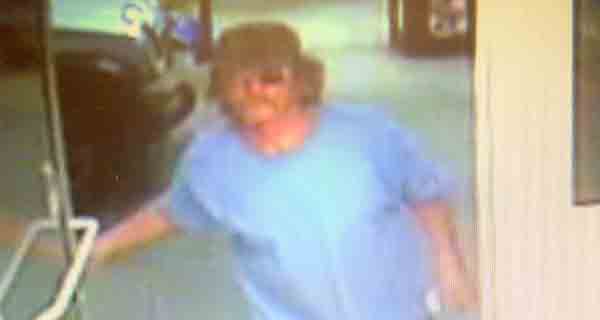 A man wanted by Baldwin County law enforcement was spotted in Brewton recently and sheriff’s officials are asking for help in getting him back to Baldwin county.
John David Smith failed to show up in court for sentencing on charges of possession and distribution of child pornography, Baldwin County Sheriff Capt. Jimmy Milton said.
“He had previously plead guilty to the charges and was to be sentenced,” Milton said. “He was out on bond because he was being electronically monitored.”
Milton said on the day Smith was to appear in court, the band of the monitoring device was cut allow Smith to leave the area without detection by law enforcement officials.
Officials say Smith was shown on video taped surveillance footage at a Brewton gas station early on the day of his scheduled sentencing last week.
“He had also claimed to be paralyzed and bound to a wheel chair for some time,” Milton said. “We discovered that he was able to walk around and function. When he gets back to us, he has a lot of things to answer to.”
Milton said information was received that Smith was spotted in the Brewton area and officials in Baldwin County are asking for help.
Smith, who was last shown living in Robertsdale, is reportedly driving a red 1993 Nissan Sentra. He is described as a white male, 6’, 150 pounds with brown hair and green eyes.
“We are asking that if anyone spots him to contact authorities,” Milton said. “He has other active warrants for his arrest. We are asking that anyone who sees him to not make contact with him, but to contact police.”
To contact the Baldwin County Sheriff’s Department, call the Bay Minette office at 251-937-0202 or contact local police.