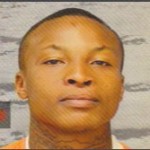 With one person treated at a hospital and another person arrested following a Sunday shooting incident, Brewton Police are asking for help from the public in an on-going investigation in the case.
Shelton Drakeford, 22 of Sowell Road, was arrested Monday in connection with the Sunday evening shooting, police said.
Sgt. Patrick Caylor said the incident was reported around 7:30 Sunday night with officers responding to the scene.
“The incident occurred at a Sowell Road address during an altercation between two people,” Caylor said. “During our investigation, we were able to get information that the suspect is believed to have pulled a pistol on the victim during the altercation and the victim was wounded.”
Caylor said the victim, who was not named, was treated and released by medical staff.
“The injury was not life threatening,” Caylor said. “To my knowledge the victim is in stable condition and is recovering from the wounds.”
Caylor said the investigation has not turned up any information on a motive in this case.
“We still do not have a clear idea of what the motive for the altercation or the shooting was,” Caylor said. “We are continuing an investigation into the incident.”
Anyone with information regarding the incident is asked to contact the Brewton Police Department.
“Any information may be given anonymously,” Caylor said. “The information given will also be kept confidential in regard to the case.”
The Brewton Police Department can be reached by calling 867-3212.

Auburn Singers close out Brewton Council of the Arts…