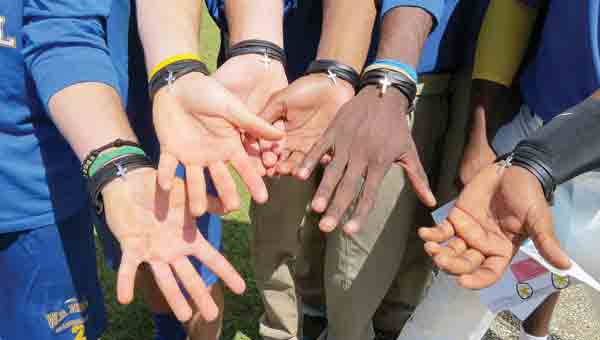 Two Brewton area families are mourning the deaths of their loved ones after a tragic crash in Conecuh County killed the drivers of two vehicles involved in Thursday morning incident.
Michael Chase Kaylor, 18, of Brewton, was the driver of a vehicle that collided with another vehicle driven by Bertha Oliver King, 55 of Evergreen. King was a former resident of Brewton before moving to Evergreen.
According to information released by Trooper Kevin Cook with the Alabama State Troopers Office in Evergreen, the crash that took the lives of the drivers occurred around 7:30 a.m. Thursday on Conecuh County Road 6 just east of Castleberry.
Cook said the collision was not a head-on crash, but was “more of a collision at an angle.” He said a complete investigation into the cause of the crash is ongoing and should be completed by early next week.
King was a 1974 graduate of W.S. Neal High School having lived in the Boykin community for a large part of her life, friends of the family said. She moved to the Evergreen area in a community referred to as Johnsonville.
Kaylor was a senior attending Sparta Academy in Evergreen having attended W.S. Neal High School through his junior year. He was a member of the Eagle football team and was due to graduate at Sparta in a few weeks.
In recounting their memories of King, friends say she was cheerful and ready to hand out a smile just about any time they came in contact with her.
“She was always smiling,” Sara Brazile, a friend, said. “No matter what she was going through or what she was facing, she was always smiling.”
Denise Hawsey, director of Amedisys Home Health Care where King was employed, said the caregiver will certainly be missed by co-workers and patients.
“She had been a part of Amedisys sine the office opened here in 2006,” Hawsey said. “She was a wonderful caregiver and is beloved by her patients. Her patients are upset about her death and we are all saddened at this loss.”
In remembering Kaylor, former W.S. Neal coach and current Sparta Academy coach Robert “Buck” Quarles said the young athlete will be missed in many ways.
“We lost not only a good athlete and student but a good person,” Quarles said. “We all are taking it hard. He played for me at W.S. Neal and then followed me to Sparta. We had a turnaround season, and he was one of the ones that helped us do that. He was our leader. When things were not going well he led and took control and kept pushing us. We lost a great person in our school. Students in the school loved him. He will be sadly missed.”
W.S. Neal High School Principal Patricia Frazier said students at the school had rallied together after receiving the news of Kaylor’s death.
“We met with the seniors in a special assembly to tell them of his death,” Frazier said. “It’s been really tough. Even though he wasn’t a part of the class anymore, he was still very much a part of us. We will certainly continue to remember him and we will all be remembering both families as they face this tragedy.”
Quarles said Kaylor was a promising athlete and had begun considering which college to attend following graduation later this month.
“He had several offers,” Quarles said. “He was leaning towards La Grange in Georgia. He was excited about it. He was up there last week and was getting ready to sign. He will just be sadly missed.”
Brazile said King’s ability to smile and carry on each day was an admirable quality — at work and at home.
“She was devoted to her children and her husband,” Brazile said. “Her husband is disabled and she would take care of his home health needs before heading out to her job at home health. Even with all of that work, she was still smiling. She was just always a happy person.”
Hawsey echoed the thoughts of Brazile concerning King’s ability to smile. “She was always very pleasant and always had a smile on her face,” Hawsey said. “Her smile and her spirit will be very missed here.”
Funeral services for Oliver were incomplete as of press time Friday.
Funeral services for Kaylor were set for 2 p.m. Tuesday at Williams Memorial Chapel Funeral Home. His obituary is printed on page 3 of today’s edition.