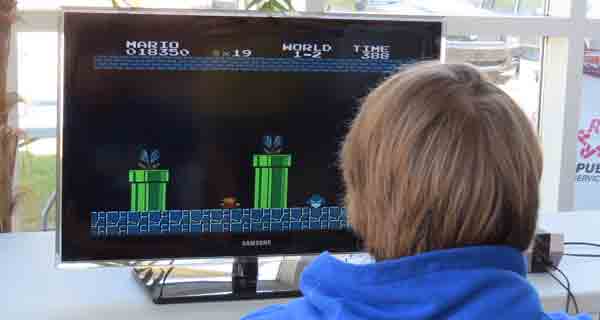 With every available slot filled, the first Evolution of the Game event was a popular way to spend a Saturday in Brewton.
Connie Baggett, program director for the City of Brewton and an organizer for the event, said the tournament action was well organized giving gamers an opportunity to participate and enjoy the games.
“We had a very smooth operation and things were very good,” Baggett said. “The only glitch we had was that some of the participants were interested in participating in two simultaneous events. We had to make a few accommodations with that since we wanted everyone to be able to participate in the games they were interested in playing.”
Baggett said every space allotted for the tournament action was filled for the event.
“We had a lot of good support for the event and the participation was great,” Baggett said. “Most of the people thought it was a good event.”
With winners of each of the four tournaments taking home a $500 cash prize, Baggett said she believed future events would be popular with gamers as well.
“We had some die-hard gamers who were playing until about 10:30 p.m.,” Baggett said. “Those players were not complaining. They were having a good time. We are hoping to do something in the future on a small scale. We are still in the talks about it to see if we could host something every month or at least on a very regular basis.”
Winning the Super Mario Brothers Brawl event was Jamall Watts.
Jordan Williams won in the Call of Duty-Black Ops tourney with Arthur Coleman winning the Madden sports game.
The team of Ethan Berry and Michael Sawyer finished on top in the Halo 4 tournament.
“This is a great outlet for kids who are interested in gaming,” Baggett said. “We are certainly ready to hear some feedback and ideas from anyone interested in participating in this kind of event in the future.”
To get a message to organizers of similar events, visit the City of Brewton’s Facebook page or call Baggett at Brewton City Hall at 809-1777.