Manning to have book signing Saturday at L House in Brewton

Jamie Manning, author of Blood Born, will have a release party for his new book Blood Awakening—book two in the blood prophecy trilogy—Saturday, April 20. The signing will be held at the L House in Brewton from 3 to 6 p.m.
The 36 year-old author from Brewton said he knew he wanted to write stories as a kid.
“Being a writer isn’t something practical to make a career out of, so I’ve been told, so I joined the workforce and went on with life, all the while holding on to this dream,” Manning said. “A few years ago, a co-worker and friend sort of pushed me to go for it, and I’m so glad she did. This journey to becoming a published author has been a great one.”
Manning’s first novel, Blood Born, came out in April 2012.
“It begins the story of Avaline Blue, a girl who awakens as a half vampire,” Manning said. “She has no memory of her life before, and now has to fight to become human again. Blood Awakening is the second novel in the trilogy, and officially releases this Tuesday. But if you come to my release party and signing on Saturday, you can get it early.”
Manning said other books are being planned for the future.
“There will be a third book in the Blood Prophecy Trilogy, with a possible novella about a couple of the character’s lives before this story takes place,” he said. “I’m also contracted for three more novels with Pendrell Publishing. The new series is also Young Adult, about the world and mankind after humans stop reproducing and are forced to face their own mortality—a lighthearted comedy. I’m also working on a few side projects that are not under contract, but that I’m hoping will be soon.”
Manning said his friends and family have been a vital part in his life.
“I can honestly say that I have the absolute best friends and family in the world,” he said. “When I first started this journey, I kept it to myself. When I was picked up by my publisher, Pendrell Publishing, and told everyone, they were ecstatic and very supportive, and I wouldn’t be where I am without each of them. But I’m hoping that Saturday’s signing helps introduce my books to people who haven’t heard of them or me. People who may have heard about it either from a friend or on the radio or from the newspaper can come out to see what’s going on. Just a huge thank you to everyone who has supported me and my novels thus far. Being a writer is oftentimes a lonely path, so it’s nice when others are there to cheer you on.”
For more information on Manning, check out his Website at: http://www.jamie-manning.com/. 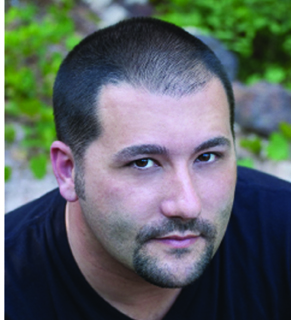