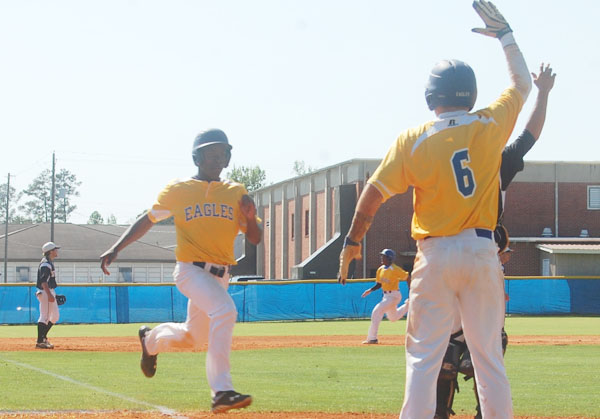 “When you’re undefeated, you probably believe you’re going to win,” Straughn coach John Fussell said. “They’ve got a great ball club. That’s what eight seniors will do for you.”

Left-hander hander Brian Settle allowed only three hits, walked none and never allowed a runner past second base in the complete-game victory. He also picked off two runners and benefitted from the Eagles scoring three runs in the first inning.

In game two, Straughn’s Keith Edgar hit a three-run homer to build a 4-0 lead, but the Eagles answered with seven runs in the fourth inning.

“When we scored seven in that one inning, it was a different ball game,” W.S. Neal coach Coy Campbell said.

W.S. Neal now moves on to the second round and tries to keep its perfect season alive, but Campbell said the winning streak is not a major topic of conversation.

“At this point, you’ve just got to win two and move on,” Coy Campbell said.