An East Brewton man allegedly caught with more than stolen movies and games from a Redbox machine was arrested and charged with theft of property and criminal mischief Wednesday after a joint investigation by Atmore and East Brewton police, officials said Thursday.

On May 13, Atmore police began investigating a complaint that a Redbox machine outside Winn-Dixie had been broken into, with 567 movies and games stolen.

On June 3, Atmore Investigator Robby Williams was in the Brewton area and said he noticed the vehicle being driven by the suspect.

“Brazile was provided still photos from the security video and was able to positively identify the violator as Shawn Daniel Mealer, 24, of East Brewton,” Williams said.

On Wednesday, Williams, Brazile and East Brewton Investigator Andy Miles drove to Mealer’s residence where they recovered some of the stolen DVDs, according to police reports.

Police said they believe many of the DVDs had been sold or disseminated to others. 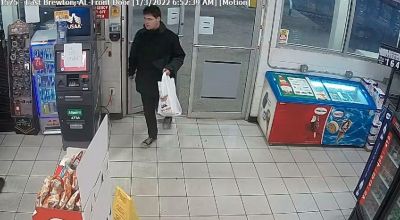