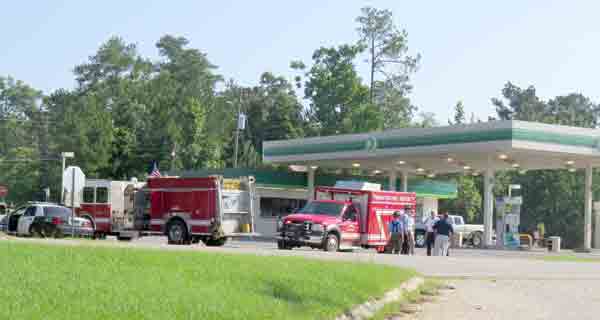 Brewton fire and police officials continue to assess a potentially dangerous situation at the BP station on U.S. 31 South.

Witnesses say a “suspicious package” call from the Diamond BP convenience store on U.S. 31 South in Brewton prompted a response from Brewton fire and police official this morning just after 8:15.

Investigators and officers with Brewton Police Department as well as Brewton Fire Department officials and firefighters were on the scene within minutes of the call to assess the situation.

Employees and customers at the store were ushered from the building to a safe location.

As outside agencies joined the investigation, the entire area around the retail store was blocked to traffic. All four lanes of U.S. 31 from Young Street to Alco Drive were closed for a period of time, but were reopened just after 10 a.m. when no apparent danger to the public was seen by those investigating the incident.

No other details concerning the “suspicious package” or the results of any part of the investigation has been made available by officials.