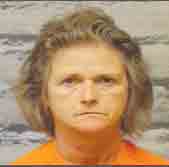 A Brewton woman who worked as a part-time caregiver for the elderly was arrested Tuesday after she was accused to taking financial advantage of the people she was hired to protect.
Bridgette Hoomes turned herself into authorities Tuesday afternoon after East Brewton police issued warrants for her arrest.
East Brewton Police Chief Kenny Brazile said Hoomes stands accused of using the debit card of an elderly woman was hired to act as caregiver for.
“Ms. Hoomes was the caretaker for an elderly subject and took advantage of her position when the person was in the hospital receiving medical care,” Brazile said. “When the elderly subject left the hospital, their financial accounts had been wiped out. She had access to the person’s credit/debit card and other financial instruments. Our investigation showed that she was responsible for making purchases without the victim’s permission using those resources.”
Brazile said evidence gathered in an investigation into the accusation against Hoomes resulted in the department seeking warrants for her arrest.
Hoomes faces charges of second-degree forgery and fraudulent use of a credit/debit card.
She was booked into the Escambia County Detention Center and released on a $10,000 bond shortly after her arrest, officials said.
Brazile said other charges may result from investigations by his department as well as other law enforcement agencies in the area.
“Other agencies in various jurisdictions are involved in the investigation that is continuing regarding suspected activity by Hoomes,” Brazile said. “Similar circumstances have appeared during this investigation. Other charges and arrests could be possible in connection with this case.”