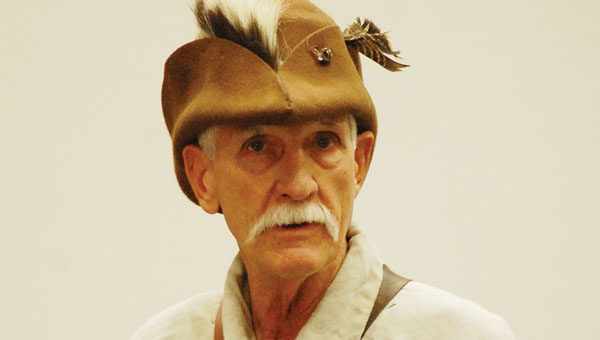 Two hundred years ago, a small skirmish between the Native Americans and the militia set off a war that is remembered to this day.

The City of Brewton and the Escambia County Historical Society have teamed up to commemorate the battle that began the Creek Indian War of 1813-1814.

The Battle of Burnt Corn Creek occurred on July 27, 1813, in the northwestern part of what is now Escambia County, according to many historians.

On Saturday, July 27, re-enactors will gather on the bank of Burnt Corn Creek at Jennings Park (Burnt Corn Creek Park) in downtown Brewton between 9 a.m. and 2 p.m. There will be an Indian campsite, living history demonstrations and food vendors.

According to Connie Baggett, program manager for the City of Brewton, it should be a fun and informative time.

“There will be a camp site set up and there may even be the possibility of sharing the food being prepared,” Baggett said. “We will have other food available, if camp food is not to the liking. We hope to have barbecue plates, ice cream and other things.”

George’s Barbecue is among the vendors who will be at the event.

Baggett said that hopefully enough re-enactors will be there to put on a demonstration skirmish. Robert Thrower, Poarch Creek Indian historian from Atmore, will represent the Indian side of the story. “Hopefully, we could make this an annual event,” Baggett said. “There are a lot of people in this area who participate in re-enacting historical battles.”

Tom McMillan, president of the Escambia County Historical Society said the society was approached about the idea of the event and is furnishing some volunteers to help on Saturday.

“I believe it was Mayor (Yank) Lovelace who came up with the idea,” McMillan said. “He is very interested in history, and this just seemed like a good way to commemorate the event. The society will furnish volunteers, some financial support and a tent for shade.”