Two years ago, Nicholas Robinson’s family was raising funds for his treatment as he battled a brain tumor.

Despite the illness, he never lost his smile. He recovered from cancer, but on Monday night lost his life in a car wreck — a wreck in which the driver was charged with murder. 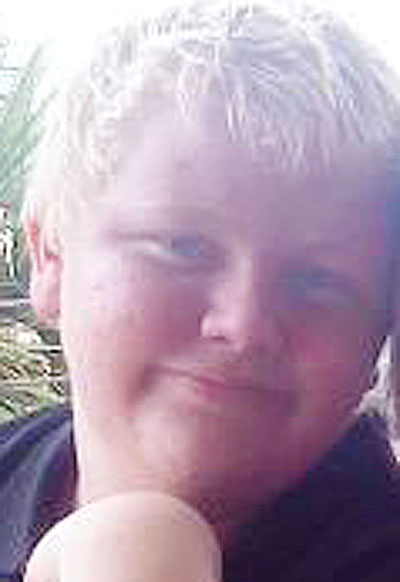 “Nicholas was a sweet, caring child,” said John Knott, who was Nicholas’ principal at W.S. Neal Elementary School. “He had battled through a brain tumor but always had a positive attitude even when he was really sick. He loved school and would always light up when he came to the school. I never heard him complain and he was always eager to please those around him. To have battled through that illness to come back and have his life end this way is just heartbreaking. This is a tragic loss for us all.”

Four other people, including the driver, were injured in the wreck. The driver has been arrested on an open count of murder; another child is reportedly in critical condition at a Pensacola hospital.

Robinson would have begun school as an eighth-grader at W.S. Neal Middle School in just a few weeks, according to remarks by friends of the teen.

Just two years ago, family and friends of Robinson gathered to hold a fundraiser for the child as he fought brain cancer. The young student survived at least two surgeries as well as other treatment at the M.D. Anderson Institute in Houston.

Service arrangements for Robinson will be at Williams Memorial Chapel on South Boulevard, with visitation set for 6 to 8 p.m. Thursday. Funeral services will be at 2 p.m. Friday at the chapel at Williams.

As early as Monday evening, friends of Robinson were leaving comments on the young man’s Facebook page highlighting his sweet nature and positive outlook.

“God put you through so much in the past few years but you still had a smile on your face everyday at school,” Lauren Joyner posted. “I honestly don’t know how you did it. You were the sweetest person I ever knew. It seems like yesterday we were all outside playing hide and go seek. We will miss you Nick, but Jesus needed you more. I love you buddy, rest in peace.”

As the news of Robinson’s death spread through the community, other teens expressed their sadness over the loss of the young man.

“God got a handsome young man today,” Kristin Armstrong wrote. “He will never be forgotten.”