Anasia Brazile’s mother asks for prayers ‘for my baby’ 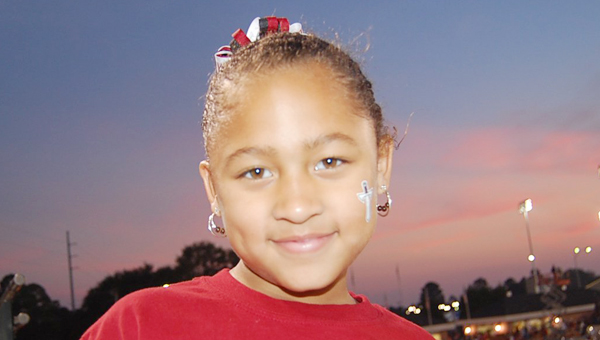 Ansasia Brazile was injured in a wreck that killed Nicholas Robinson Monday night.

The mother of a girl injured in the wreck that killed 13-year-old Nicholas Robinson is asking for prayers for her daughter’s recovery.

Terri Thomas said her daughter, Anasia Brazile, remains at Sacred Heart in Pensacola but does have brain activity, according to doctors. Thomas said she wanted to refute rumors about her daughter’s condition.

Anasia was riding in the bed of a pickup truck with Nicholas when Monday night it left the road and overturned, Thomas said.

“Today and tomorrow are critical days,” Thomas said Thursday. “Pray for my baby. Light a candle for my baby.”

Thomas said she is focusing on positive energy, not negative thoughts.

“My baby is so sweet and special,” she said of 11-year-old Anasia. “I always tell her, ‘God put special stuff in you.'”

Earl Dickerson and Angela Robinson — the driver of the truck and his adult passenger, respectively — have each been charged with reckless murder in the incident.

Thomas said she believes the wreck was an accident and not done purposely. Robinson is the mother of Nicholas Robinson and a cousin of Thomas; Dickerson is Robinson’s boyfriend, Thomas said.