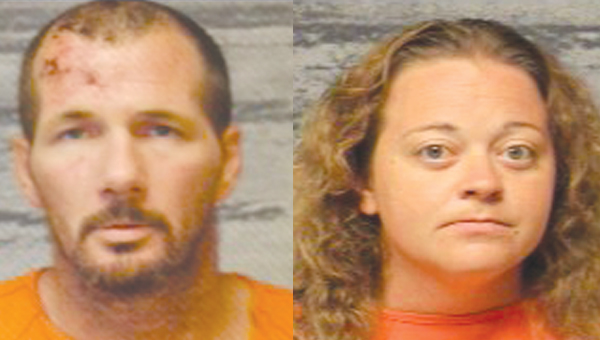 Earl Dickerson and Angela Robinson have been charged with murder after a wreck on Travis Road that killed Robinon’s son, Nicholas.

More details have emerged in the fatal wreck that killed a 13-year-old boy Monday night.

The driver of the truck, Earl Dickerson, 33, of East Brewton, and his adult passenger, Angela Robinson, have both been charged with reckless murder in the incident. Robinson’s son, Nicholas, was killed, and a second child, Anasia Brazile, was critically injured.

Dickerson was driving a pickup truck on Travis Road Monday evening when the truck left the road, hit a utility pole and overturned, state troopers have said. Nicholas was thrown from the back of the truck, officials have said.

A warrant for Dickerson’s arrest reportedly states that he allegedly operated and wrecked the truck while speeding, while Nicholas was an unrestrained passenger and while Dickerson was allegedly under the influence of alcohol and/or drugs.

The warrant for Angela Robinson’s arrest reportedly states that she allegedly allowed her son to ride unrestrained in the bed of the speeding truck, and that she was also allgedly under the influence of alcohol and/or drugs.

In Alabama, it is not illegal to ride in the bed of a pickup truck; however, Alabama law states that children under the age of 16 must be restrained in a motor vehicle.