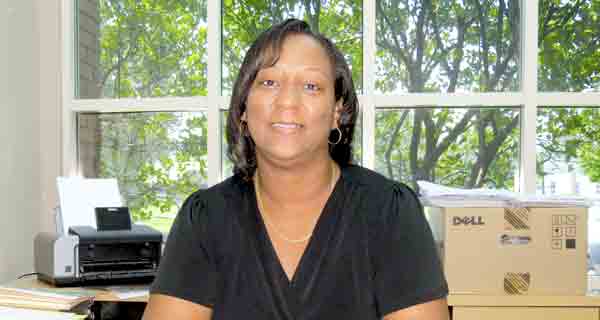 Lynn Likely has been chosen to become the new director of the Brewton Public Library. She is not a stranger to the library nor the job since she has been handling the duties of a director for some time.

“When Glenda Lammers decided to leave last year, she suggested that I apply for the job,” Likely said. “Since that time I have been working my old job of bookkeeping and filling in for the director. I received word on Monday from Mayor Yank Lovelace that I was to be the new director and I am very excited about it.”

Likely was born and raised in the Damascus community and attended the Escambia County School System. She graduated from W. S. Neal High School in 1983 and attended Jefferson Davis Community College, majoring in business administration emphasizing in accounting. She then spend 20 years in Finance Associates. After she left there she spent some time at home with a home-based printing business, working for several organizations.

“I received a call from Dr. Watkins at ASU (Alabama State University) and was asked to be in charge of managing grants for the school,” she said. ” I later heard that there was an opening at the library and I came here in September 2011 to be the bookkeeper.

“When Glenda left last December, I took on the responsibility of her job as well as bookkeeping. I applied for the director’s job and got the call just this past Monday.”

Likely said she is excited about the change in her life and has been working with the other employees to come up with some new plans that will be of benefit to the city’s library system. She wants to increase the children’s programs, help with adult literacy and have some kind of outreach program for those in nursing homes and assisted living. She wants to be able to offer some sort of program to reach out and touch those who can’t physically come into the library.

Right now the library has five full-time employees and seven part-time. They have a close relationship with the Friends of the Library and the library board.

Likely is a divorced mother of two. Her son, Gary, is a freshman at Troy University and will be a part of the band this year. Her daughter, Jolesia, is in the U.S. Army serving in Hawaii,

Likely said she is happy to have been given this opportunity and looks forward to being able to help where she can.

“I’m  thrilled and a little scared, but I know I can handle it,” she said. “It’s a new adventure for me. The staff at the library is wonderful and they have been so supportive of me. I want to thank them and the people who enjoy using our library.”