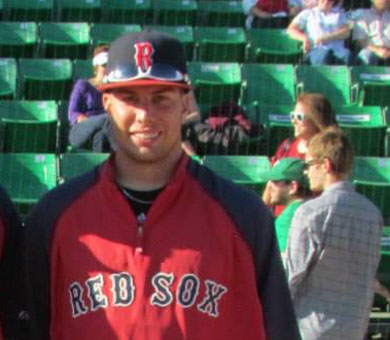 After spending his summer in Canada playing baseball for the Regina (Saskatchewan) Red Sox in Canada’s Western Major League to help rehab an Achilles injury, William Shell is back in the United States and gearing up for some more baseball with the Troy University Trojans.
But while the trip to Canada to play this summer was to help with his injury and to get back in baseball shape, the trip to play for the Red Sox almost didn’t happen.
“First of all, it was a blessing from the Lord that I even got to make the trip to Canada,” Shell said. “A lot of people don’t know this, but I had a scare a few days before I was supposed to fly out. I was throwing in the bullpen and something didn’t feel right. We got an appointment at the Andrews Institute in Gulf Breeze to make sure my elbow was fine. The first visit, the doctor looked concerned and scheduled an MRI the very next day. All I could think about was the possibility of Tommy John surgery. At first I was very upset and nervous. But after I started thinking and praying about it, I knew God was looking out for me and I was going to accept whatever was in his plan. And sure enough, after the dreadful MRI, everything came out fine.”
Shell said his favorite part about Canada was seeing the cultural differences.
“Everyone commented on and loved my accent,” he said. “Everything is so expensive there, too. Before the games we’d go to a gas station to get a Gatorade and maybe a snack and I’d always come out of there down $10-$15. The weather was fine for the most part but at nights it would get super chilly and windy. Baseball wise, it wasn’t different. There were a lot of good players up there. SEC and Big East caliber players would be on some teams, so the competition was great.”
While being close to 2,000 miles away from home, Shell said he never got homesick.
“My host family made my stay there as good as I could’ve asked for and I’m so thankful for them,” he said. “My parents and brother got to come and visit, too. It was really good seeing them and I know they enjoyed traveling and seeing another country as well.”
Prior to this season, the Red Sox of Regina had won the championship the past two years. While there was no championship for Regina and Shell this season, Shell said the trip this summer helped him in so many ways.
“My main focus was to get back in shape and gain some experience by pitching some innings and it did just that,” Shell said. “I threw around 50 innings and my leg and arm feels great. I’m sure many people thought we had a bad season because of what they were used to up there, but in my opinion it really didn’t go our way. We had several injuries and even at one point, both of our catchers were hurt at the same time. We lost two (out of five) of our starting pitchers due to injuries, and had a guy get picked up by a pro team. So no we didn’t win a championship, but we dealt with a lot of things that are just part of the game. I developed some life long relationships with some really good people and am thankful for that.”
After graduating from W.S. Neal in 2009, Shell played one year of baseball with the JDCC Warhawks in Brewton after a standout career in high school with the Eagles of East Brewton. After spending one year at Jefferson Davis Community College, Shell took his baseball career and schooling to Auburn University in Montgomery.
After AUM, Shell then went to Troy University to school and made the baseball team.
While at Troy, Shell suffered an injury to his Achilles and was red shirted this past year.
He is currently back at school in Troy and will play baseball with the Trojans this fall and next spring.
“I’ll be attending Troy University this upcoming year and am excited about competing in the fall,” Shell said. “We’re looking to defend our conference title in the Sun Belt and I can’t wait to meet the new guys on the team. Like I said, injuries have kept me from playing these past few years and I’m just very excited to finally be back out there right at 100 percent again.”
While in Canada with the Regina (Saskatchewan) Red Sox in Canada’s Western Major League, Shell was joined by Troy baseball teammate Robert Price.
Out of the bullpen, Price appeared in 18 games and finished with a 2.79 ERA and a 2-1 record. Shell made 12 appearances and recorded six starts, posting a 3-4 record with a 4.26 ERA. In 50.2 innings of work, Shell registered 47 strikeouts and just 14 walks.
“I definitely want to thank everyone in the Red Sox organization for the opportunity they gave me to play there,” Shell said. “A lot goes behind the scenes to run a well-respected and well-built program and I can see why so many players want to play for them. Also the Merkley family was great and so generous for letting me stay at their home all summer.”
The Red Sox finished the regular season with a 22-24 record and headed into the post-season on a six game losing streak. In the East division semifinals series with the Melville Millionaires, trailing the series 2-1 and seeking to force a game five and stay alive in the playoffs, the Red Sox of Regina were defeated in game four of the East division semifinals, 9-4 to see their season end.