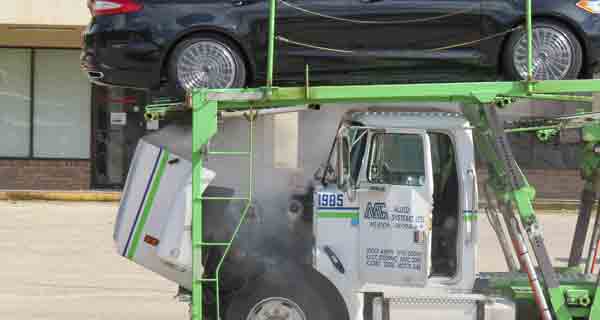 What could have been a bad situation for the driver of a vehicle transport truck turned out to be a serious inconvenience Thursday afternoon.

The motor of an 18-wheel transport truck caught fire around 4 p.m. Thursday in the parking lot of Alco Plaza across from McDonald’s on South Boulevard.

The driver of the truck owned by a Georgia transport company was not injured in the incident and had partially extinguished the fire on the truck motor before fire fighters arrived.

Members of the Brewton Fire Department responded to the call for help and continued to monitor the situation and prevent any further damage to the vehicle from the initial fire.

Brewton police officers also responded to the scene to assist with traffic control in the area.