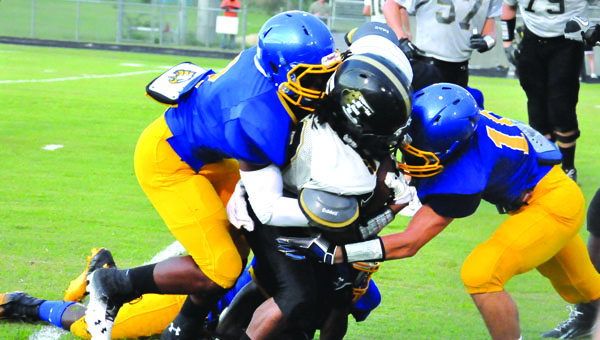 Against Elba Thursday night, the W.S. Neal Eagle football team came away with a 36-28 win.
Sophomore running back Quenton Samuels rushed for 303 yards on 28 carries and scored four touchdowns as he helped lead the Eagles of East Brewton to the eight-point win.
W.S. Neal will kick off their 2013 season next week on the road as the travel to face the Holtville Bulldogs.
See Saturday’s paper for a complete game recap of the win for the Eagles.
Tonight, Friday, T.R. Miller will host Flomaton in a 7 p.m. game at Brewton Municipal Stadium. A complete game recap of that game will be in Wednesday’s paper.