Crash in East Brewton injures one 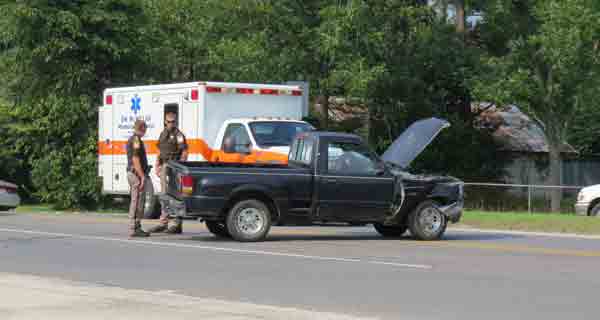 One person was injured in a two-vehicle crash in East Brewton just after 3 p.m. Wednesday.

The names of those involved in the crash have not been released with East Brewton police continuing their investigation into the cause of the collision.

One man was transported by ambulance to D.W. McMillan Hospital for treatment. His injuries were not life-threatening, East Brewton Police Chief Kenney Brazile said following the incident.

Four passengers in the second vehicle were not injured.

The crash blocked the intersection for just over an hour as emergency crews, tow trucks and other personnel worked to clear the scene.

No other details were available Wednesday afternoon.