Citizens: Intersections can be dangerous 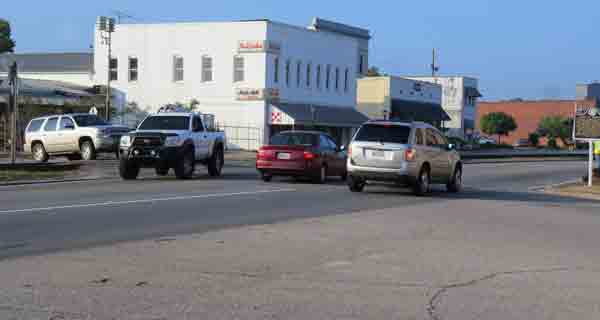 This view from the Belleville Avenue side of a downtown intersection shows turn lanes and crossings that some citizens say is dangerous.

A poll posed by The Brewton Standard about dangerous intersections in the Brewton area prompted responses from several citizens in the area.

One response on The Brewton Standard’s Facebook page said the intersection may be the most dangerous in the area.

“Belleville and 31,” Karin Knowles said.  “If you are going to turn on to Belleville from 31 the cars turning across the railroad absolutely will not stay behind their line. They always pull too far up.”

Other intersections or roadways mentioned in the post included Travis Road, Sowell at Kirkland Road, Jay Road at Alabama 41, and the area with the passing lane between Kirkland Road and the Brewton Country Club.

Tell us what you think and add your comments. Vote in our on-line poll on our home page at www.brewtonstandard.com or find us on Facebook and leave your comments.