Grant to aid in patrols 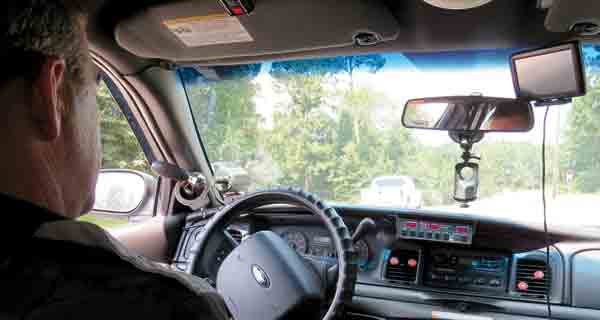 “The people spoke, and we listened.”

“We had several people say they wanted to see the north end of the county patrolled more and now we can do that,” Lambert said. “We just want people to know that we will be doing some heavier patrolling in several areas from Brewton north to the county line.”

Lambert said the department received a $10,000 grant that will help fund more manpower when it comes to traffic control in the area north of the city of Brewton in the county.

“We have already had some additional patrols and presence in those areas,” Lambert said. “But people have said they want this and that’s what we are going to do. We want to make sure that do our part in creating a safer driving situation in the areas of Alabama 41, U.S. 31, Mason Mill Pond Road, all in those areas. But, we also want people to know we will be looking for everything as we conduct those patrols and license checkpoints in the area.”

Lambert said in addition to speeding, officers on patrol will also be on the look-out for DUI drivers, seatbelt violations and vehicle equipment such as lights, reflectors and mirrors.

In recent months, serious crashes have occurred along a three-mile stretch of Alabama 41 just north of the Brewton city limits. One crash ended in the death of Joey Allen, while a crash last week sent five people to the hospital to be treated for their injuries. Other crashes in the area have resulted in property damage to vehicles with minor injuries reported.

Lambert did not say how long the funds would last, but did say if the job required overtime officers to work in the patrols, the work would get done.

Alabama Department of Transportation officials said last week that a traffic signal in the area of the Kirkland Road and U.S. 31 intersection would create more problems than would be solved in that area. Traffic signals will never be installed on any route as a speed deterrent, DOT officials said.