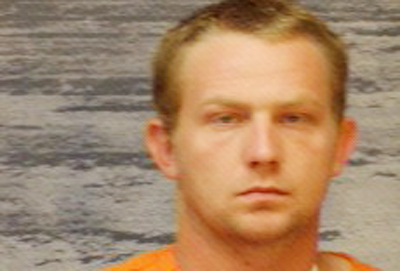 After a motorcycle driver was speeding on Appleton Road Wednesday morning during the work and school commute, Escambia County sheriff’s deputies pursued the suspect on a chase that ended in Conecuh County.

Jonathan Keith Maddox, 23, of 358 Whitetail Lane in Brewton, was arrested in Repton after the pursuit, Lambert said.

“He was on a black Suzuki motorcycle, weaving through traffic at a time when we had school buses on the road,” Lambert said. “The deputy engaged pursuit.”

The chase led up Appleton Road and eventually Maddox entered Conecuh County and went to downtown Lennox, then crossed back over into Repton, Lambert said.

Repton police officers picked up the pursuit but lost the suspect briefly; then deputies from Conecuh County intercepted him.

Maddox lost control of the motorcycle and was ejected; he was taken into custody by Conecuh County deputies and transported to D.W. McMillan Hospital, where he was treated for minor injuries.

Maddox was charged with reckless endangerment and multiple traffic offenses.

The district attorney’s office will consider revoking Maddox’s bond on prior drug charges, Lambert said, and he will also be held for traffic violations in Conecuh County.