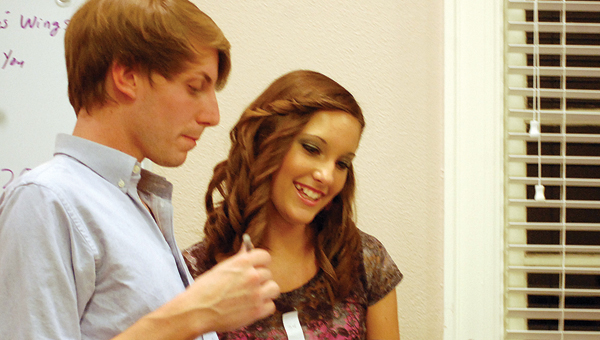 Whether they used big, bold voices or more timid tones, 22 area residents tried out Monday night for roles in “Annie,” to be performed in early December.

The second night of auditions at First United Methodist Church brought out a lot of potential talent for the first performance by Brewton Community Theater in several years.

“It’s a big commitment,” director Stephen Billy told the group of mostly young hopefuls. “It’s a lot of hard work, but fun work. It’s all worth it when it’s said and done.”

“Annie” is set to be performed at W.S. Neal High School’s auditorium in early December.

Rehearsals will begin this week, with actors practicing up to three times a week until the show.

This will be the first production for Brewton Community Theater since 2009. Billy, who was a performer in the early days of the organization, has since graduated from Montevallo University and has directed and several shows.

He has plans to attend graduate school and enter a career in theater management in the future.

Some of Billy’s friends from Montevallo will be helping with the Brewton production this year.