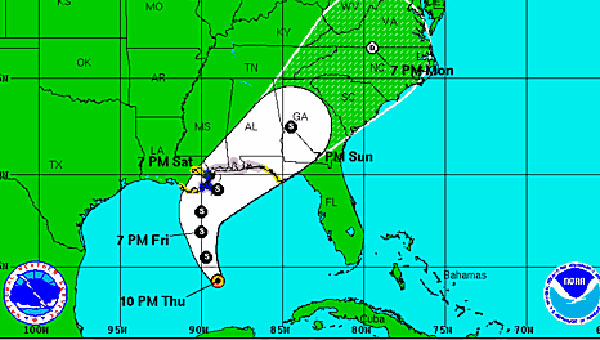 Forecasters said the storm could strengthen late Friday and early Saturday to near hurricane strength.

The storm had maximum sustained winds of 65 mph and was tracking northwest.

A hurricane watch is in effect for the coast from Grand Isle, La., to west of Destin, Fla.

A tropical storm warning is in effect from Grand Isle to the mouth of the Pearl River.

Storm surge from the mouth of the Mississippi to Mobile Bay could be 2 to 4 feet, forecasters said.

Karen is expected to produce 4 to 8 inches of rain over portions of the central and eastern Gulf Coast through Sunday night, mainly near and to the right of the path of the eye of the storm.