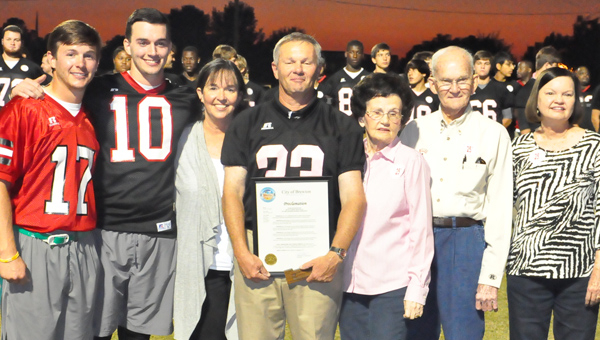 T.R. Miller head football coach Jamie Riggs was honored Thursday night with a proclamation and a key to the City of Brewton.

Riggs was honored in front of fans, former and current players, friends and family at the alumni flag football game. The festivities were part of the Legacy Game events that will carry on to Friday night’s homecoming game against Southside-Selma.

In the flag football game, the Red team defeated the Black team 28-21.

Riggs has been the head coach of the Tigers for 25 years and has been a head coach for 28 total years after three years at Opp.

At the Legacy Game Friday night, T.R. Miller players will wear special jerseys with the name of a player affected by cancer on the back.