No one injured in morning train wreck 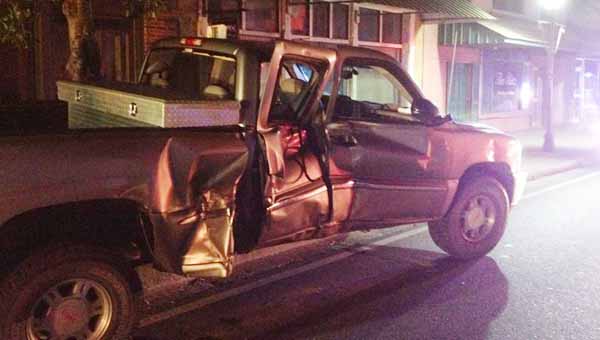 Stacey Simmons is counting her blessings after her 16-year-old son was involved in a wreck with a train Wednesday morning.

Dillon was on his way to cross country practice and did not hear or see a train coming when he attempted to cross the tracks at the intersection of Lee Street and U.S. 31.  His truck was totaled, but he was uninjured.

But Simmons pointed out that that particular intersection does not have a railroad crossing or traffic light — something she hopes will change.

“His is not the first accident to happen there, and it won’t be the last,” she said.

Brewton Police Sgt. Patrick Caylor said the accident did not cause any injuries or damage the train. Police got the call about the wreck just before 5:30 a.m.

Traffic was stopped for a short time because the truck had been pushed back into the roadway, Caylor said.

The train was able to continue its route that morning, Caylor said.