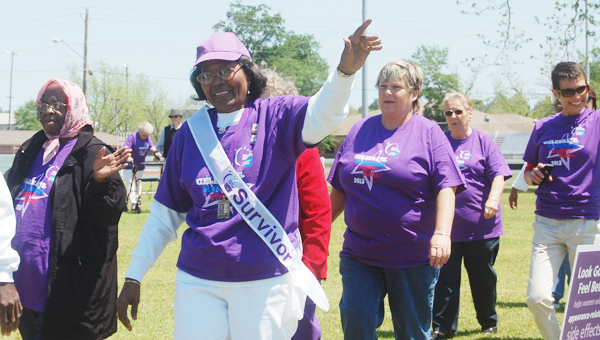 Relay for Life teams in Brewton will meet for the big event a few weeks earlier this year — and will celebrate their fundraiser with the theme “Seasons of Hope.”

This year’s goal of $35,000 will be raised by teams that work for several months holding events and fundraisers to meet their goals.

The East Escambia Relay for Life will be held on March 15, 2014, at the Brewton Area YMCA. That’s a few weeks earlier than it has typically been held in recent years.

Five teams are already signed up, including teams from D.W. McMillan Memorial Hospital and Georgia-Pacific.

But organizers said teams do not have to be tied to a specific business — in fact, the Cirque du Cure team, back for another year, is made up of a group of friends.

The Relay committee is tentatively planning for a kickoff event in December — a 5K glow run/walk.

Anyone interested in starting a Relay For Life team or joining a team can contact Edith Kelley at kelley_edith@yahoo.com