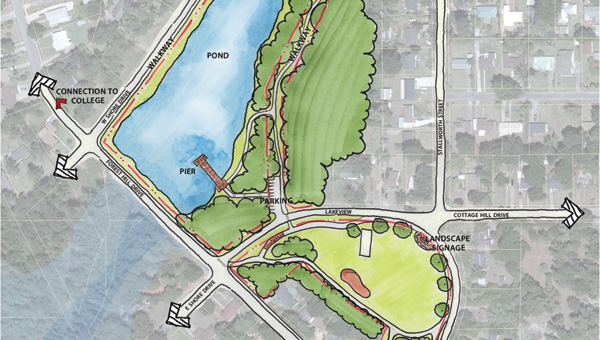 The Alco neighborhood will get an expanded park after the Brewton City Council voted Tuesday to purchase about 16 acres of property, including a lake, adjacent to the existing Alco Family Park.

The expanded park is part of the city’s master plan, developed over the summer with the help of consulting firm Goodwyn Mills and Cawood.

“There is a plan for a walking trail around the lake,” Mayor Yank Lovelace said.

The existing park includes a playground that was refurbished in recent years with the help of a Leadership Brewton class and a grant from Georgia-Pacific.

Part of the property is wooded, and Lovelace said the city will clear some of the land for the park and walking trail. That project could begin this winter or spring, he said.