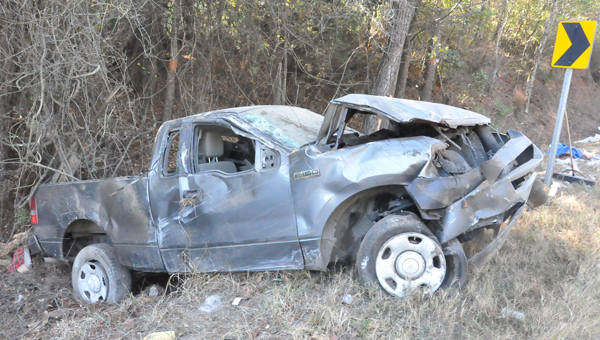 Alabama State Troopers on Friday identified the driver and passengers who were injured in a wreck Thursday morning on U.S. 31 north.

The driver of the 2007 Ford truck was Candace L. Jimmerson of Notasulga. Injured passengers were Raylon Robertson and Rebecca Whitley.

The truck apparently left the road, hit a tree and landed in a ditch. The wreck occurred about four miles north of the Country Club of Brewton.

Appleton Volunteer Fire Department Chief Mike Tyler said the injuries were not serious, but he did not know the extent of the injuries to the person transported by helicopter.

“It appears they just lost control in the curve. This is known as a really bad curve with numerous accidents,” he said Thursday.

Farmer’s market, 5K, Rock the Dock on tap this…