What are they saying about Jacob Lambert? 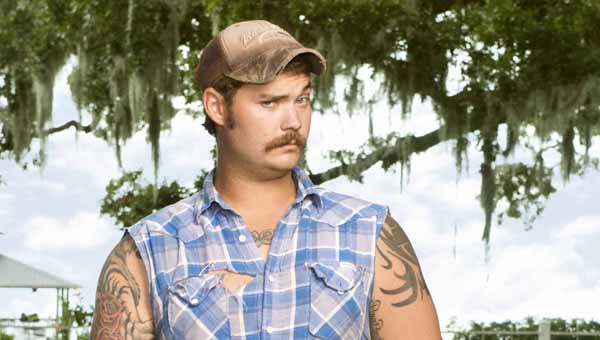 The fourth season of “Sweet Home Alabama” debuted Friday night, and Flomaton’s own Jacob Lambert found himself with a lot of screen time.

The Flomaton firefighter is one of 11 “country bachelors” competing against 11 “city bachelors” for the affections of Kelsey Smith, a Southern belle from Tuscaloosa.

Lambert — who told viewers he wants a romantic relationship like his grandparents had — brought his sense of humor to the show. In addition to providing a colorful description a leopard-print tank top worn by one of the city bachelors, Lambert caught some attention from viewers who were tweeting during the show Friday night — and also from reviewers after the show aired.

Lawrence Specker of al.com said Lambert is one of the “standout personalities” on the show.

“Lambert is so assertive about his particular bare-armed vision of Southern manhood that Larry the Cable guy would probably advise him to dial it back a notch or two,” Specker writes.

In the end, two other bachelors — the country bachelor who brought his pet raccoon and the city bachelor who wore an “Obama for President” T-shirt — were given their walking papers by Kelsey, so Lambert survives the romantic gauntlet for another episode.