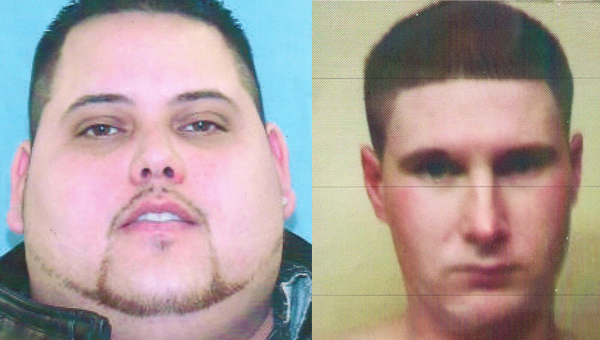 Warrants have been issued for two traveling salesmen wanted in connection with crimes in the area — including an attempted home invasion on North Pineview Road near Brewton last month.

The homeowner in that case shot at the men as they were leaving the scene.

Anthony Curtis Vila, 29, of Tampa, Fla., and Stephen Daniel Hornsby, 23, of Anniston have been charged with second degree theft of property and unlawful breaking and entering of a vehicle.

Escambia County Sheriff’s Department officials have been in a joint investigation with other authorities, including the Montgomery, Conecuh, Escambia (Fla.) and Santa Rosa sheriff’s departments and the Atmore, Poarch, Evergreen and Pensacola police.

The two men are now former employees of Steakhouse Meats, a door-to-door company with offices in Montgomery and Pensacola.

The men were working in the region, Chief Deputy Mike Lambert said.

The suspects are wanted in five states for similar crimes, Lambert said.

Residents in the area were helpful with information in the investigation, Lambert said.

Lambert advised residents not to give information to those going door-to-door.

“These people usually travel in teams of two and perform a flim-flam operation,” Lambert said. “While one is talking to you, the other one is checking out what you have and looking for ways to get it.

“Any salesman should be able to produce a business license. If they refuse to show you, call 911. Get a tag number if possible, and get a description of the person and the vehicle they are in.”

Anyone with information about the two suspects should call the sheriff’s department at 867-0304 or their local law enforcement.

According to the Tri-City Ledger, Steak House Meats is offering a $1,000 reward for information leading to the arrest of the two men.