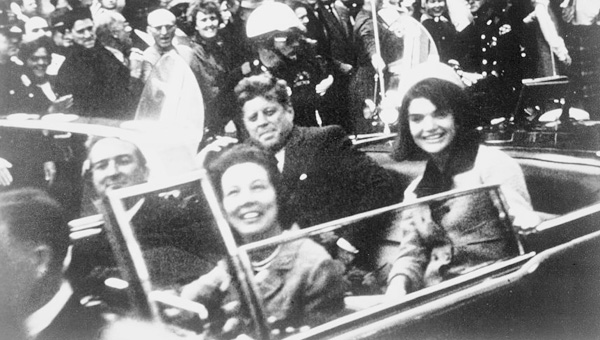 EDITOR’S NOTE: Three days after the assassination of President John F. Kennedy, our now-sister newspaper The Selma Times-Journal ran this editorial from celebrated Alabama author Kathryn Tucker Windham, who was at the time a young staff writer for The Times-Journal.

The flags fly at half-mast, the calsson has completed its sad journey up Pennsylvania Avenue, people go quietly into open churches for moments of prayer, even the November wind rustles a dirge of grief as a nation mourns its martyred president.

There is a restlessness in that grief, a searching and an asking. For this is no ordinary grief, it is a haunting sorrow touched with disbelief and with shame and touched perhaps also with guilt.

It was his tremendous zest for living that set him apart from other men. With enthusiasm, courage and vigor (we laughed at his use of the word) he greeted the events of each day. Whether it was a romp through the once-staid White House with his children, a strategy session with Congressional leaders, or an informal talk with a student, the youthful president welcomed each day with optimism. It was almost as if he knew his time was short and that he must live fully the days allotted him. So much to do. So little time.

John Kennedy loved his country. He loved the people, all of them, in this country. And he loved God. Out of these loves grew his desire for service, his dedication to the recognition of the worth and dignity of man, his deep religious convictions.

Life was not easy for John Kennedy. He knew personal tragedy and suffering; he met disappointment, frustration and even defeat. Yet he never relinquished his dreams, never swerved from the ideals he believed in. Nor did he lose his zest for living. He embraced life with all its problems as man’s greatest prize.

Now he is dead.

And we grieve, a restless, haunting grief. Even in our grief we admit we admit there were things about the man we did not like, policies and methods we opposed. We remember the Kennedy stories we told, not very pretty stories, and we recall how our disapproval of some of his actions grew into bitterness and hate. And we were ashamed.

As the news media repeat again and again the events of that tragic day, we search our hearts and we wonder what part our derision and our hatred played in the death of John Fitzgerald Kennedy.

Guilt adds a heavy burden to our grief.