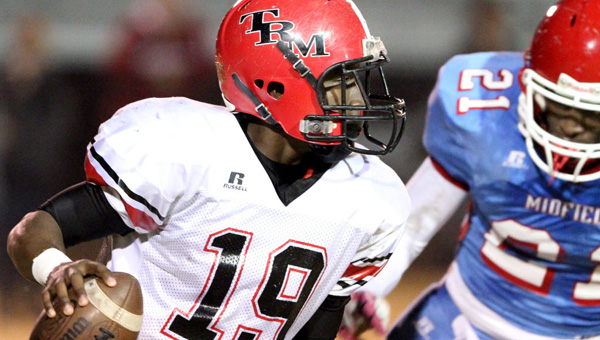 T.R. Miller quarterback Kieon Smith was named player of the week for south Alabama for this week.

Readers of al.com chose Smith for his performance in last week’s playoff game against Midfield. Smith ran for three touchdowns and threw for another.

Smith and the Tigers will be in Leeds tonight for the AHSAA quarterfinals.