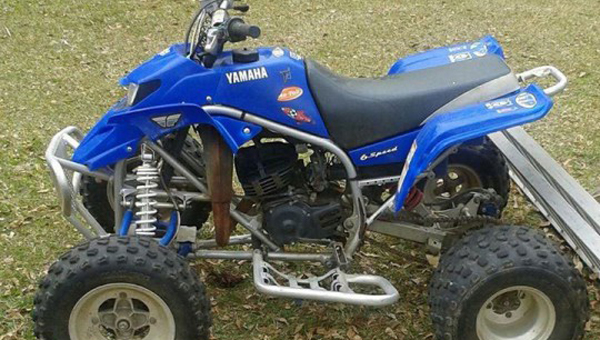 Flomaton police got their stolen property — but no suspect yet.

On Nov. 27, a Yamaha four-wheeler was stolen from the area of Titi Street in Flomaton, Police Chief Bryan Davis said.

Police received several tips to help locate the stolen four-wheeler and learned it was in the Century area, Davis said.

“With the assistances of the Escambia County (Fla.) Sheriff’s Department, leads were followed on possible locations of the four-wheeler,” Davis said.

On Monday, police received an anonymous call from someone who said they knew the location of the four-wheeler, and 15 minutes later, the vehicle was dropped off at the police department by an unnamed individual.

No arrests have been made, but the investigation is ongoing, Davis said.