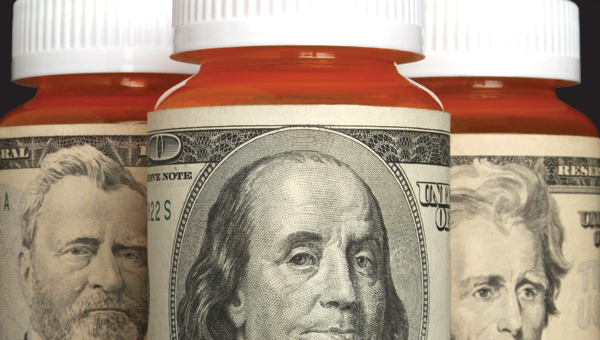 James Chris Fields makes $8,500 a year — too rich, according to the state, for Medicaid coverage offered to those with low income.

Fields, a Brewton resident, works multiple jobs, volunteers in various projects in the city and is also launching a new business. But his income keeps him in a gap that makes it nearly impossible to get health insurance coverage.

“In 2008, I lost my job and my health insurance,” he said. “It’s been important to me to get that back. I’m fully able, but under-employed.”

But because Alabama Gov. Robert Bentley declined to expand Medicaid under the Affordable Care Act — also known as Obamacare — the state will not receive federal funds that would have covered about half of the state’s currently uninsured residents.

The current cutoff for a healthy single person in Alabama to receive Medicaid benefits is $111 per month.

Jim Carnes, communications director at Alabama Arise, who spoke about the Affordable Care Act in Brewton Tuesday, said about 60 percent of the state’s uninsured are working Alabamians like Fields who cannot afford the coverage.

Alabama is one of 20 states that have opted out of expanding Medicaid — a decision the U.S. Supreme Court allowed when it upheld the controversial Affordable Care Act.

But Carnes pointed out that Alabama is leaving money on the table by declining to expand Medicaid.

For three years, the federal government will fully fund states’ expanded Medicaid, Carnes said. After that, states’ share will gradually increase to 10 percent for those who were included in the expanded Medicaid option. In Alabama, that would be about 300,000 to 350,000 people. The state pays about 32 percent of the cost for those currently on Medicaid.

The point of the ACA, Carnes said, was to draw as many people as possible into the insurance system — in an effort to insure those who are uninsured and to lower the health costs for everyone.

“The ones who have coverage are paying for the ones who don’t” when people are uninsured, he said. “If you don’t have coverage, you delay care, and you get primary care through the emergency room. That drives up costs for everyone.”

The ACA “feels like somebody coming in and trying to upset the system, but the goal is to bring uninsured people into the system. … The ACA is disrupting the system because it has to.”

But by declining to expand Medicaid, the state isn’t just leaving money for that program on the table, Carnes said.

Because the ACA was written with the idea that hospitals would be getting reimbursed for care through Medicaid, the act also did away with what are called disproportionate share hospital benefits — reimbursements that hospitals received from the federal government as a result of treating the uninsured. “The law draws down those DSH payments,” Carnes said. “By the third year, it bottoms out.”

So in states where Medicaid has not been expanded, “hospitals are going to be up a creek,” he said. “Hospitals are really in a bind.”

The state’s hospital association recently commissioned a study about the effect expanding Medicaid would have on Alabama; that study showed it would boost the state’s economy in a number of ways, creating:

• 1,423 jobs in administrative and support services.

• 1,247 jobs in accommodation and food service.

• 1,095 jobs in the finance and insurance industry.

For Fields, as an individual, access to Medicaid or insurance might simply bring peace of mind — and the knowledge that a health scare wouldn’t hurt him financially.

Fields said he communicated at length with an ACA counselor who finally told him that his income did not qualify him for Medicaid in Alabama but was probably also too low to afford one of the new healthcare plans under Obamacare. Perhaps his one silver lining is that he won’t be fined by the federal government for not having health insurance because his income is too low.

“The flood for federal subsidies is (an income of $11,500),” Fields said. “I was shocked at the end of the day. I was incredibly frustrated and incredibly disappointed.”

Fields said he fears some people will either lie about their income to the federal government or quit working to qualify for Obamacare or Medicaid.

And he thinks governors like Bentley who have declined to expand Medicaid — perhaps for political reasons — will find themselves in a political pickle anyway. “It’s going to look like they are growing government,” he said.