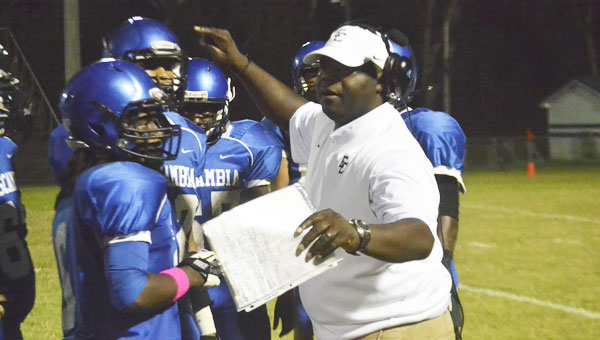 Holly, who was hired in May 2012 as coach, athletic director and P.E. teacher, said the decision had more to do with family than football.

“It was the best thing to do for my family,” he said. “I would rather be considered a great father, than a good coach.”

Holly also cited career growth and career development as reasons for his resignation, but remained tight-lipped about any new job prospects, due to a confidentiality agreement.

Holly said he spoke to his players Thursday, before the resignation was made public.

Holly said he enjoyed his time as head coach of the Blue Devils.

“It was great. I can’t complain,” he said. “I worked with a great group of kids, great coaches, great administrations and a great faculty and staff. I don’t regret it at all.”

Holly went 5-15 in two seasons as ECHS coach. He won three games in his first season, and followed that campaign with a 2-8 record this year.

Holly said he doesn’t know who might replace him at this time.

“I have no doubt (ECHS Principal) Mr. (Dennis) Fuqua will get the best person for the job,” he said.