Family, friends come to aid of woman who lost ‘everything’ in fire 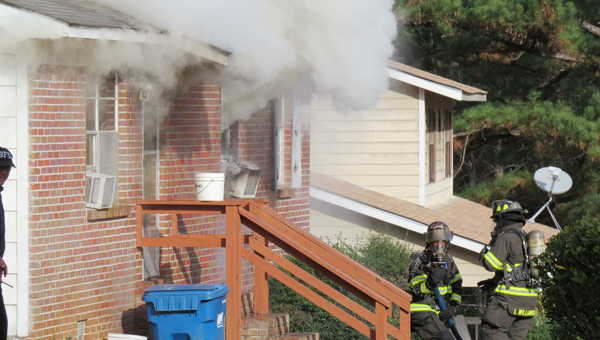 Family and friends are joining forces to help a Brewton woman who lost everything in a house fire last week.

First United Methodist Church has been collecting clothes and household items for Ruby Watson, who is a former housekeeper for the church.

“She lost everything,” said Watson’s granddaughter, Tam Watson. “She would appreciate anything.”

Tam Watson said her grandmother is hoping to rebuild.

On Friday morning, smoke poured from the Kings Court home in the Pea Ridge community as Brewton firefighters worked to contain the blaze.

Brewton Fire Chief Lawrence Weaver said fire officials are still trying to determine what caused the fire, but they suspect it was possibly electrical.

Anyone interested in donating to Ruby Watson, who has been staying with various family members since being displaced, can bring clothing or household items such as dishes or pots and pans to First United Methodist Church. Watson wears size extra-large or 16 in pants and extra-large in tops. Monetary donations are also welcome at the church.