‘I’ve got to have hope’: Anasia’s mother determined to help daughter 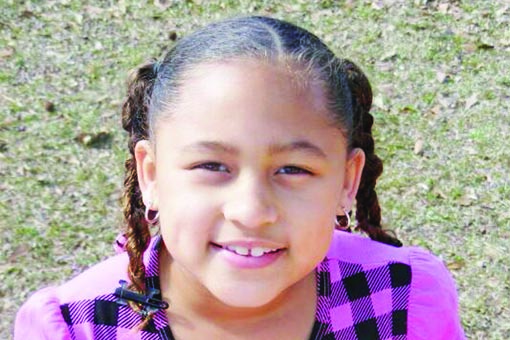 “All she does is laugh.”
If anything, that’s what gives Terri Thomas the most hope that her beautiful daughter Anasia, locked inside her mind and body since a terrible July wreck that killed her cousin.
“She’s still not answering on command, but she moves like crazy,” Thomas said. “She laughs all the time, non-stop.”
In the beginning, Thomas was not given much hope that Anasia would even survive. But day by day, in a Pensacola hospital, Anasia improved. She has since been moved to Montgomery Children’s Specialty Hospital, where her recovery is slower. But Thomas still has hope.
“They are weaning her off the trach, and that’s great news for me,” Thomas said. “She has been on it about a month.”
Thomas sees her daughter as often as possible.
“At the moment, I don’t have a car,” she said. “I do catch a ride with her aunts or her godparents. As soon as I can get some money, I’m going to get a car.”
Anasia was injured in a July wreck
And Thomas does hope that one day she can bring Anasia home and care for her there.
“We’re just kind of waiting to see. The doctors have to prepare you for the worst. But she has a pediatrician who is pretty amazing. I told him, ‘I know Anasia will never be Anasia. But I’ll take 10 percent of Anasia.’
“He said, ‘We’re working to get her the best way she can be.’”
Thomas said she wishes there was more therapy that could be done, but she is going to classes to get certification as a nurse’s aide so that she can one day care for her daughter.
Keeping a vigil for her daughter has put Thomas’ life on hold in some ways — but she also has a son to look after.
“It’s hard. My pastor at Divine Temple said, ‘Are you alive?’ I told him yes. But then he said, you are alive, but are you living?’”
Thomas knows the answer, most of the time, is no. Her mind is constantly on Anasia — but she also has her son, Gavin, who was also in the wreck. Gavin, she said, is a “walking miracle.”
“He’s very blessed to be here.”
A high point in recent months was the day that Gavin saw his sister at the hospital.
“It was beautiful,” she said. “She literally lit up when she saw him.”
Thomas believes that Anasia recognizes her family — and she wants to believe in a day when Anasia will be able to respond more.
But most of all, she believes Anasia is here for a reason.
“I’ve got to keep some kind of hope,” she said. “Anasia was left with a heartbeat. She needed no CPR. I feel like God left her with a heartbeat for a reason, whether that’s to get me cleaned up or get Brewton cleaned up. If she hadn’t had a heartbeat, things might have been different. But it’s not my choice to do that.”
It’s that laugh that keeps Thomas’ hope up most of all.
“All she does is laugh. In the whole facility, they say she is the only one who truly laughs. It gives me a lot of hope that she is happy.”

WSN basketball teams to play in Christmas tournament in…