Locklin to be inducted into Alabama Music Hall of Fame 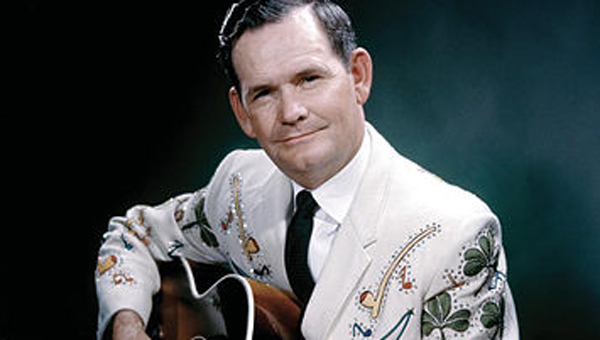 Famed country music singer-songwriter and long-time Brewton resident Hank Locklin will be inducted into the Alabama Music Hall of Fame at a black tie induction banquet in Florence on Feb. 28.

Only limited tickets to the banquet remain and are available through Florence/Lauderdale Tourism by calling 256-740-4141, said event planner Judy Hood. Fans of Locklin who want to attend the banquet need to purchase tickets by Friday, she said.

Brewton died at the age of 91 at his home in Brewton on March 8, 2009. At his death, Locklin was the oldest member of the Grand Ole Opry, where he performed for nearly a half-century. He recorded 65 albums and had 70 charted singles, including six No.1 songs on the Billboard country chart. He sold 15 million records worldwide.

His songs were recorded by hundreds of artists, including Willie Nelson, Dolly Parton and Roy Rogers.

“My family is quite honored that the Alabama Music Hall of Fame will induct my late father,” Hank Adam Locklin Jr. said. “He would have been proud and excited to be among the illustrious group of inductees going in at the induction ceremony.”

Hibbetts to open Monday night, but only if Auburn…