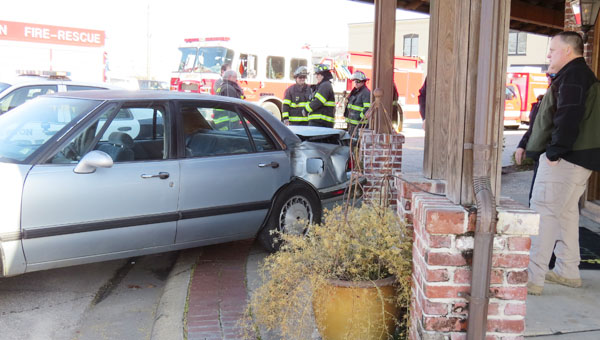 A CSX train appeared to have clipped the back of a car at the Deer Street train intersection in downtown Brewton Friday afternoon.

No one was injured in the incident, but traffic was briefly tied up across all three downtown railroad intersections, until police could open one lane across the Mildred Street crossing.

The car wound up backed into a column at the First Exchange Bank building, but there was no damage to the bank.

The driver of the car, who was not hurt, was the only person in his vehicle.

Traffic will likely be blocked until CSX officials can come inspect the train and tracks.

This is the latest of several wrecks in downtown railroad intersections in recent weeks. The Deer Street intersection does have one crossing arm, and the Mildred Street crossing has a flashing signal. Lee Street does not have any signals. 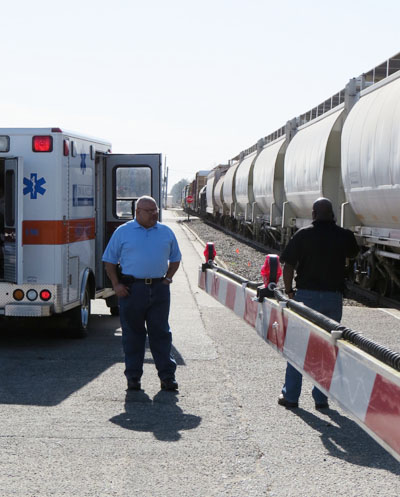 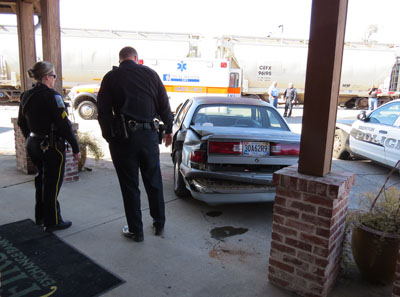 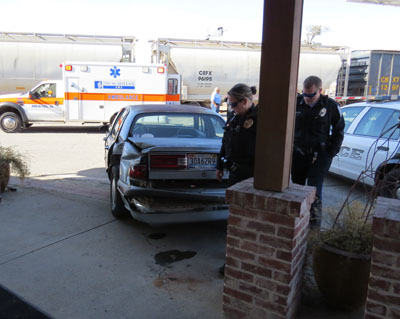 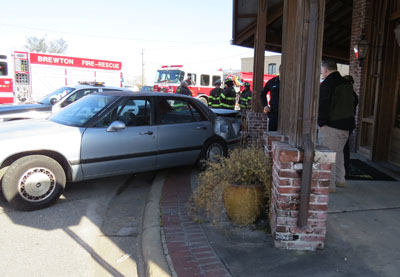 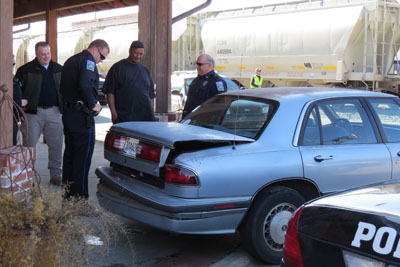