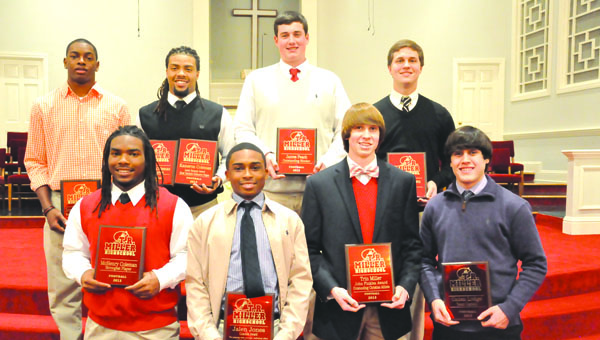 The 2013 T.R. Miller football team and cheerleaders were honored with a football banquet Thursday, Jan. 16 at First Baptist Church in Brewton.
The 2013 Tigers went 12-1 this past season and advanced to the quarterfinal round of the state playoffs. The Tigers were also region champions. Players and cheerleaders, along with a special award to quarterback club president Mark Manning, were recognized and given their “M” letters along with certificates. Also, 13 senior football players were recognized and given framed letters and certificates along with their black jerseys, a photo package, and highlight video. Also special awards were given.
Receiving special football awards were, front left to right: McHenry Coleman (strongest player), Jalen Jones (coach’s award), Trin Miller (John Finklea FCA Challenger Award), and Caden Lodge (team captain). Back from left, Dominique Jackson (most valuable offensive player), Kameron Coleman (team captain and Larry Rampey most valuable defensive player), James Peach (outstanding blocker), and Chandler Brown (team captain). 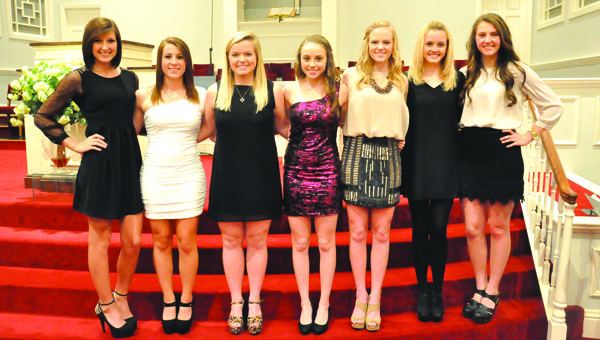